I’ve just come back from a holiday in France. We stayed with friends in Paris and then (after an almost divorce inducing navigation of the Périphérique Paris ring road) journeyed on down to a tiny countryside village called Thuringy. There we helped another friend in their annual wood-chopping, a process that involves chainsawing previously felled branches and stacking the wood which will fuel their fire the following winter. In return we are treated to amazing home-cooked food and eye-watering home-brewed ‘Eau de vie’! It’s a weekend of fresh countryside air in idyllic surroundings (ignoring the constant whir of a chainsaw) and creating the most precise stack of wood that is never more than a meticulous one metre high and one metre wide. It’s the perfect symbiotic relationship because while they thank us profusely for our hard work when we leave, we’re thanking them profusely for the food, silent (flight-path-free) nights, lethal alcohol and digital detox (more of this in The Summerhouse by the Sea which, incidentally, you can pre-order now!) There’s also nothing like the incessant drone of a chainsaw (them) and the lifting and stacking of hundreds of pieces of wood (us) to leave the brain free to plot the next book, so now I’m back it’s straight to work. But I just thought as I’m a HUGE fan of nosing at other people’s holiday photos, you might want to have a nose at mine. If not, look away now… 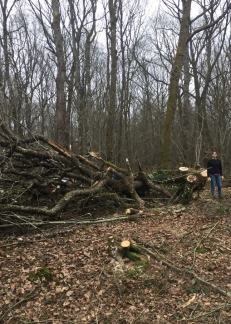 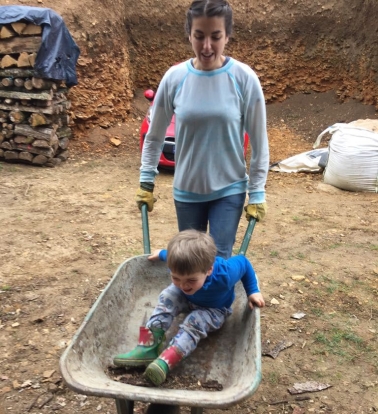 Jenny Oliver wrote her first book on holiday when she was ten years old. Illustrated with cut-out supermodels from her sister's Vogue, it was an epic, sweeping love story not so loosely based Dynasty. Since then Jenny has gone on to get an English degree and a job in publishing that's taught her what it takes to write a novel (without the help of the supermodels). She wrote her first book The Parisian Christmas Bake Off on the beach in a notebook that would end up covered in sand each afternoon and damp from the sea. Nowadays her inspiration comes from her love of all things vintage, a fascination with other people’s relationships and an unwavering belief in happy ever after! Jenny's latest title, The Sunshine and Biscotti Club, set in sunny Tuscany, is your perfect holiday reading! Follow her on Twitter @JenOliverBooks View more posts